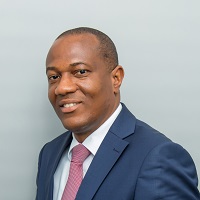 Divine Stanley Agbola is the Deputy General Manager of Republic Investments. Before his appointment as the Deputy General Manager in April 2018, Divine has served in various capacities with Republic Investments since joining the company in November 2008. He was the immediate Head of Managed Funds where he was very instrumental in deploying various strategies to grow the four (4) collective investments schemes of the company from total funds under management of GHS42.50 million in 2011 to over GHS300.00 million by April 2018. He also served as a Portfolio Manager for Republic Unit Trust and Republic Future Plan Trust and has helped in the management and growth of these schemes and other high net worth portfolios.

Prior to joining Republic Investments, he was Senior Financial Analyst at Emos Consultancy Limited where he specialised in financial valuation, project finance, equity and debt structuring and financing. He played a role in the listing of the Cocoa Processing Company (CPC) on the Ghana Stock Exchange and privatisation of the Gambian Groundnut Corporation. He holds Masters in Finance degree with distinction from the University of Glasgow, UK and First Class Honours in BSc. Administration (Accounting Option) from the University of Ghana Business School. He also holds an Investment Representative License by Securities and Exchange Commission of Ghana. 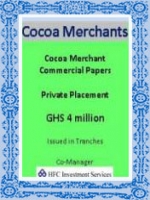 Invest with us today
Find out more..